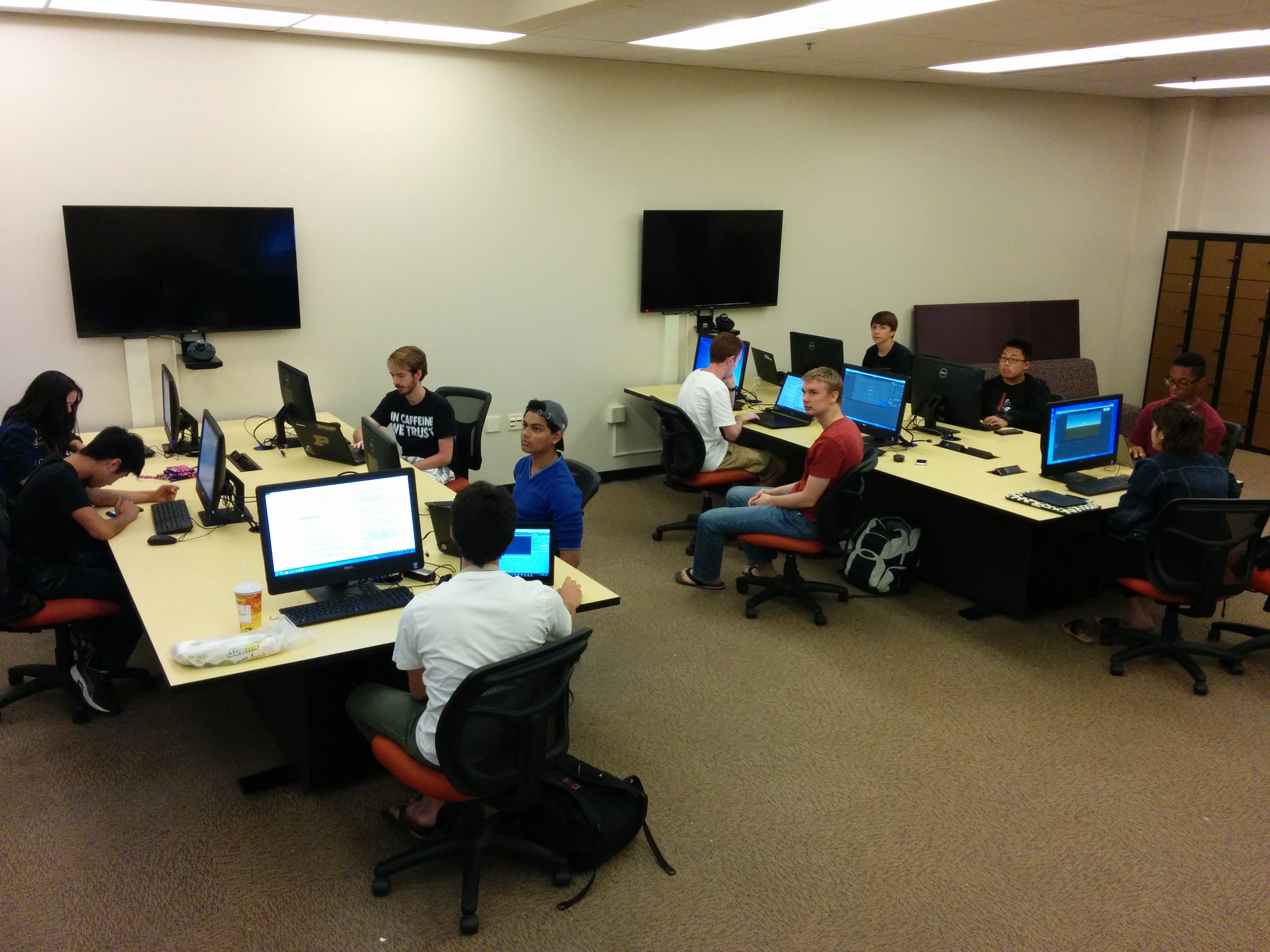 ACM’s callout was great! We had a lot of freshmen that were interested in ACM and what the SIGs do as well as a small smattering of upperclassmen who were interested, too. SIGGD got 10 or so new people, and we’re taking them through tutorials. A little heavy on the programmer side, but we’ve got a fair amount of artists and sound engineers, too! Andrew, our lead programmer, created a very basic tutorial that took the programmers through all the various things they needed to know and even let them customize their own game! Austin is taking his rookies through sound design, and I’m taking my artists through the joys of pixel art and maybe even 3D art. Today, everybody is finishing up their tutorials from Saturday and we’ll move on to the next challenge!