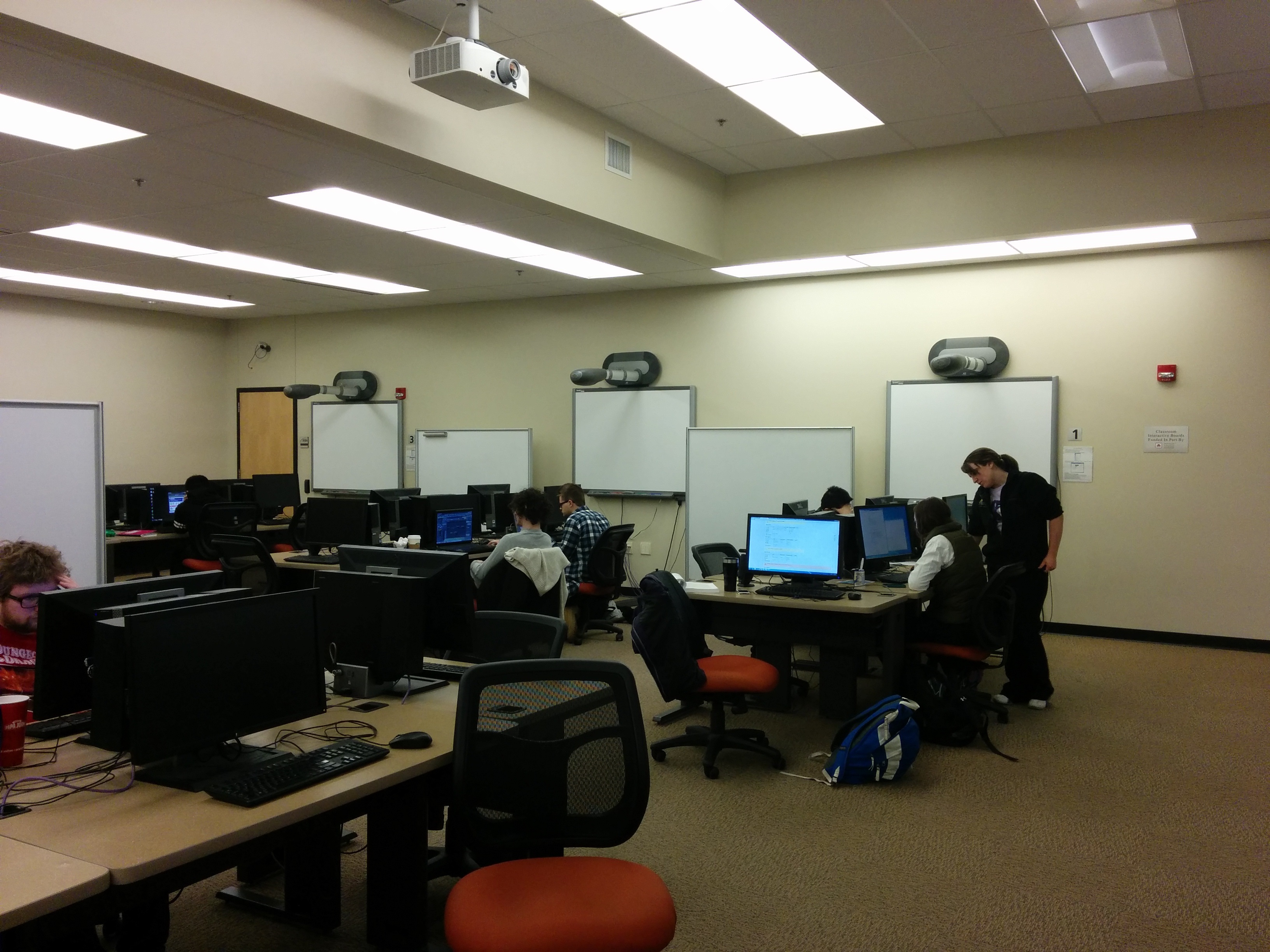 SIGGD’s first game jam started well. Three teams entered: a group of three, a group of two, and a group of one. I warned them of all the quirks of the lab, provided snacks and drinks, and they were off on creating a game in 42 hours. I got drawn into creating a game; I really can’t stay away from these things, ha ha. My team left around midnight, but the other teams worked steadily into the night. How long they stayed up is their secret.

Somewhat early the next day, I begrudgingly pulled back the warm covers of my sweet, sweet bed and came back to the game jam sight to work some more. One team rolled in a couple hours later, and the other later that night. Getting fed up with the restrictions of my laptop, we decided to head home to a better computer and work from home. The team of three stayed and the team of one left as well. Once home, my partner and I worked in shifts, grabbing a couple hours of sleep here and a couple hours there. It was a rough night.

We headed back to the jam sight to see if the judges would show up (a couple were long distance and a couple were local). But as the submission deadline ticked ever closer, I got nervous. Someone would have to judge the games, and logically that should be me. But, what do I do about my entry? The easiest solution was there all along: disqualify the game I was working on to judge the other games. That would be the course of action if the judges didn’t respond.

I sent out the link for the judges to play the games, and one responded. Since I couldn’t base a winner off of one judge’s ranking, I disqualified mine and judged the others. Unfortunately the single participant couldn’t enter her game because her internet went out, so by default the team of three won. It wasn’t the best ending to SIGGD’s first game jam, but it’s a start.

For the future, I’m planning another game jam in the fall as well as hosting the Global Game Jam in spring. I learned a lot from this first experience: this event needs to be earlier and advertised a lot harder. So, with that in mind, I look forward to bigger and better game jams in the future.